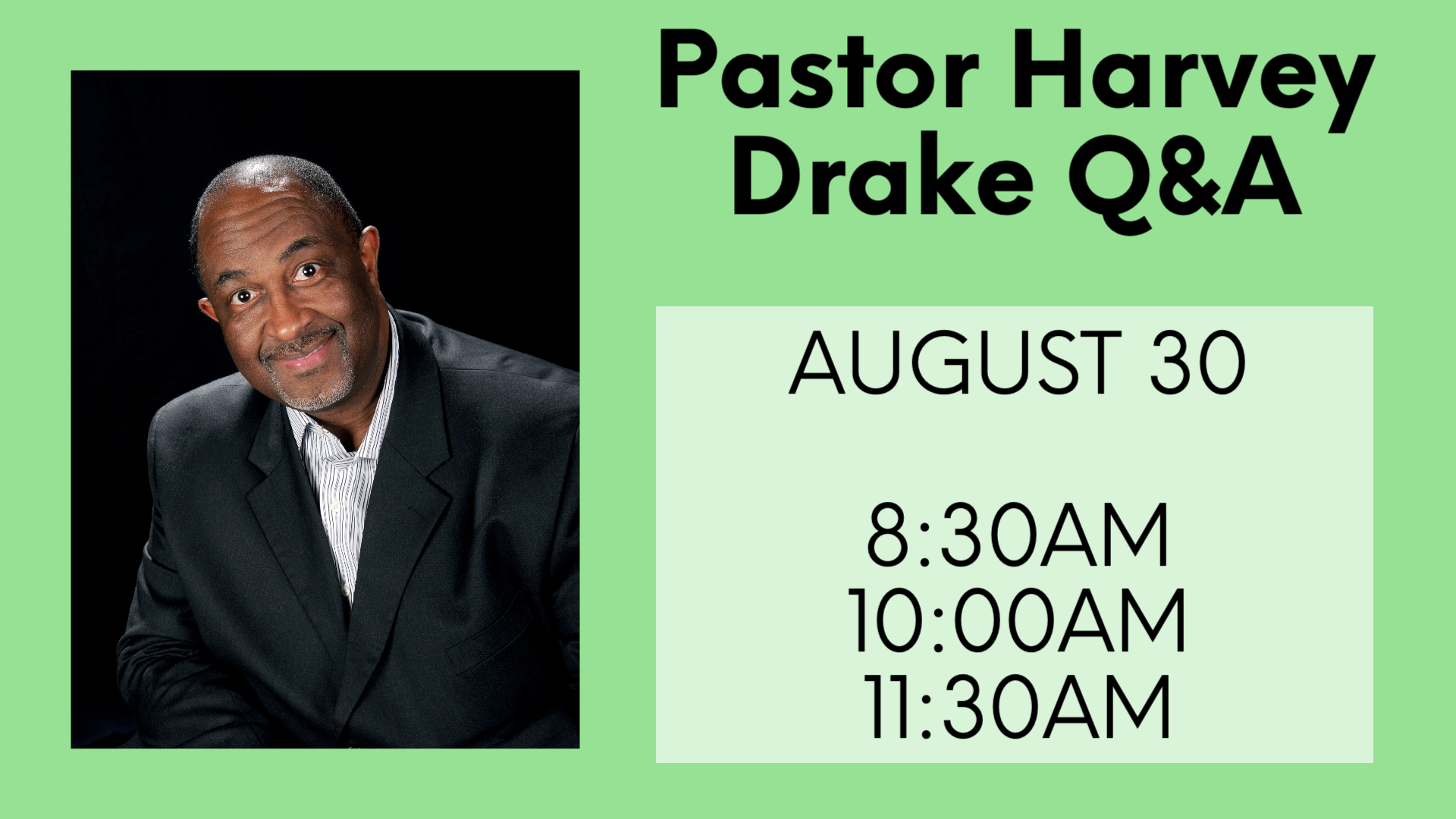 Pastor Harvey Drake is coming! Church this is a big deal when it comes to having a voice of Biblical Racial Recognciliation. Below is is his bio.

Pastor Harvey Drake married his wife Andrea in 1977 and together they have sons Rigael and Terren. Pastor Harvey committed his life to Christ in 1974 and felt God calling him into full-time ministry in 1975. Four years later, he began full-time ministry with Youth for Christ in Oakland, CA. The Drakes moved to Seattle from San Francisco Bay area in 1984, and upon moving Pastor Harvey became the Rainier Valley/Central District Area Director for Young Life. In 1987 he founded Emerald City Outreach Ministries (now Urban Impact) and subsequently founded Emerald City Bible Fellowship. In Addition to serving as the Pastor of ECBF, Pastor Harvey serves as president of Urban Impact, is a board member of Covenant Retirement Communities and Reach the Nation of Nepa, and he is on the board of trustees at Seattle Pacific University.

Join us in person or online for this Live Q&A!